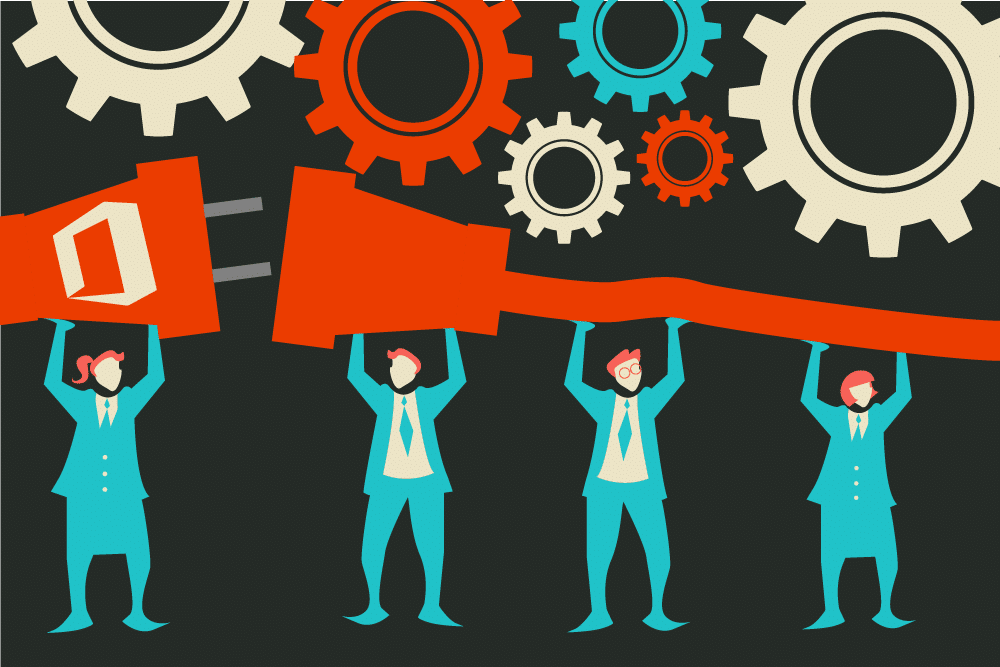 This is How the BEST Innovators Collaborate

Whether you are trying to fix a broken process or develop a game changing new product, genius is a team sport! If you take a hard look at the history of innovations, you’ll find that all of them were collaborations, even when a single individual is given formal credit. Thomas Edison oversaw a team of scientists. Eli Whitney built upon dozens of other inventor’s work. Steve Jobs did not invent the iPhone. Innovations came from the back and forth that springs from working together with others in pursuit of a shared vision.

Likely, you’ve been involved in collaboration projects at work. They might have been brainstorming sessions, departmental initiatives or teams that came together over a challenge. Some of your collaborations have been successful and others, quite frankly, were a waste of time and energy. I’ve had the same experiences. Several years ago, I focused the efforts of my research consultancy Deeper Media on improving how we collaborate, especially when we need to respond to disruption.  After working closely with dozens of companies across industries, we’ve discovered that the secret to successful collaboration lies in its structure and process. You don’t just throw people into a room and achieve success. As the COO of SAP Cloud once told me, “without a process, you get a mess.”

Think of collaboration as a problem-solving approach that occurs in phases, beginning with identifying a challenge that requires an original solution (innovation). To maximize your effectiveness, follow these three steps:

Too often, we recruit people for our collaborations that we work closely with. After all, we are familiar with them and have a shared set of objectives that make it easier to work together. The problem with this approach is that you have a limited set of perspectives. When you bring together like-minded people to work on a problem, in many cases, they work to sustain the Status Quo. They often come up with a patch to the system or anchoring around a best practice. While that works sometimes, it’s no recipe for innovation. The best way to respond to disruptive forces on the outside is to disrupt the way we work together by expanding our collaborative web.

A few years ago Deeper Media conducted a study to measure success rates of almost two hundred collaboration projects. We looked at how often team meetings produced an original idea that moved the needle against the problem. We found that the wider the set of perspectives on the team, the more likely they were to produce innovative outcomes. 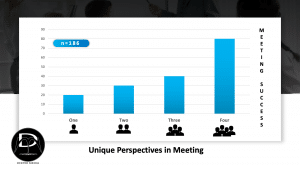 For example, when marketing meets in the silo, their success rate hovers at 20%. As they expand from just marketing to including operations, they increase success to 30%. Adding a third perspective notches up results to 40%. This is twice as good as working in the silo. But the magic number we found was four perspectives. In these cases, teams enjoyed a whopping 80% success rate!

Why is this true? People from other disciplines have a different view of the world, which helps solve blind spots and reveal patterns that can be connected. Marketing has a growth mindset. Operations has a stability/scale mindset. Legal has a risk mindset. Finance has a profit/loss mindset. And as we bring them all together, we develop a complete mindset.

Think of it this way: When it comes to dealing with your company’s challenges, the wider you go, the faster you solve.

Brief Your Team Prior to Meeting

According to Tom Kelley (IDEO Labs co-founder and author of the Art of Innovation), the secret sauce for his collaboration projects was the Problem Brief. This brief was distributed to team members a few days prior to their meetings to trigger the incubation period, a very important part of the creative process. It’s no surprise his teams have come up with game changing innovations like the Palm Pilot, pump toothpaste and the Apple mouse. When I asked him about the value of the incubation process, he quoted Louis Pasteur: “Chance favors the prepared mind.”

After my encounter with Tom, I immediately integrated creation and distribution of the Problem Brief into my collaboration process, which I refer to these days as Solution Storming. Every time I organized a project, I spent considerable time developing a two to three page document that identified the problem, its root cause and implications for the company if not solved. To provide more food for thought, I included influence maps which outlined the key players involved in the problem space from internal executives to customers to industry leaders. All current activities against the problem were itemized, along with an honest assessment of their efficacy to date. I added links to recent news coverage that was relevant to the problem space.

Finally, I customized each Problem Brief for the receiving team member, giving him or her a thinking assignment prior to the meeting. Those assignment include: Review the team to see if a valuable mind is missing. Punch holes in my problem statement, especially around my thoughts on its root cause. Come up with some potential solutions and research key assumptions behind them.

Immediately, I noticed that our collaborative meetings were producing better outcomes because team members were coming to the table with ideas and lucidity about the assumptions behind their opinions. Because they’d have time to mentally chew on the project, they were more willing to accept candid feedback from others, blend ideas together and notice things others had missed.

One key point: Don’t just create a brief and email blast it out to the team. Send it one at a time (remember, it’s customized) and then follow up two or more days before the meeting with encouragement for the team member to read the brief and think about it! In some of my client engagements, we quickly reviewed the brief at the beginning of the meeting, answering questions about it prior to beginning. Not only did these briefings lead to more innovative ideas, they served as a living document for the project that could be referred to later when look-a-like issues came up at the company.

Focus on the Next Play

Innovation doesn’t occur because someone catches a bolt of brilliance out of the sky. The creative idea usually presents a series of challenges that, if solved, create an innovation in reality. This is something I gathered from a brief conversation with Pixar president Ed Catmul when we were both speaking at a Disney conference some years ago. I was gushing fan-boy about Toy Story, one of my favorite movies of all time. Catmul explained to me that the original idea (make an animated movie in a computer) was plagued with challenges from technology to character development to marketing. The key to their success was their Brain Trust, which systematically addressed challenges in record time to save the production. “Toy Story was a thousand problems solved,” he told me.

My takeaway was that collaboration meetings should identify the problem and its root cause and then find ‘the next play’ the team will execute to move forward. In some cases the next play may be research into a proposed solution. In other cases, the next play may be to solve a technical issue that has come up with a previously agreed upon idea. Sometimes the next play is to coordinate the implementation or launch of the realized idea. When the problem space is complicated, and there are multiple issues to contend with, the process feels like whack-a-mole, where new issues pop up just as you think you are at the finish line.

To be successful at hatching the next play, during your collaboration meetings follow a process that leads to a single action the team can agree on. Facilitation expert Michael Wilkensen uses the aperture of a camera lens as an analogy, where discussions move from wide-open to tightly focused. In his experience, this allows for a healthy mix of brainstorming, vetting and candid debate. 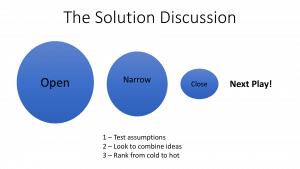 During this part of the meeting, only the idea and its key assumption are identified and then logged on a flip chart or white board. Then the focus of the group narrows, checking the validity of the proposed ideas’ assumptions OR looking for opportunities to combine them into a workable mashup. (Note: Many of the best ideas I’ve witnessed during these meetings is the fusion of two flawed ideas that emerge as a super solution.) Finally, the team narrows even further, identifying the next play, gathering commitments from everyone in the room and creating a deadline for execution.

As a meeting leader, your laser focus on producing a next play will give your meetings good Return on Attention. This will ensure you’ll be able to raise the team for another meeting further along. Even if the next play is to conduct research before launching into action mode, as long as it’s explicit and the group agrees to work on it together, you are making progress.

Much like working out at the gym, collaboration isn’t a one-time event. It’s a process that requires tenacity, loyalty to the vision and the willingness of going back to the drawing board many times. If you gather the right mix of minds, feed them enough information and then break down the process into doable steps, you can unleash blockbuster innovations.

Watch this video for more insights on how you can NAIL your next collaboration project:

Tim Sanders, CEO of Deeper Media Inc and best-selling author of Dealstorming: The Secret Weapon that Will Solve Your Toughest Challenges.