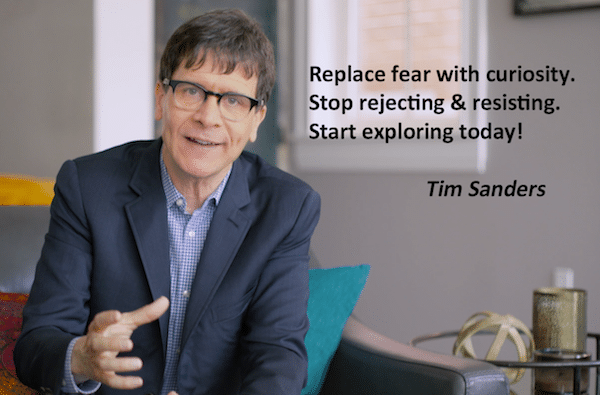 Making the Leap From Disrupted to Adaptive

Regardless of what business you are in, likely, you will face business model disruption in the coming years. According to authors Robert Tercek, Jay Samit or Bill Jensen, digital technology and the ongoing expansion of the World Wide Web are driving new value propositions and annihilating legacy companies.

Over the last 20 years, I’ve witnessed disruption in multiple industries, which ushered in new leaders or defined incumbents as agile and adaptive.  What’s interesting is that adaptation didn’t rely on physical intelligence or capital stockpiles.  It was pure psychology.  Take Blockbuster and Kodak.  Both of them could have pivoted earlier into new business models such as subscription (Netflix) or digital photography (Kodak).  They had the resources, the customer base and the brand.  But they didn’t.  Why?

These leaders, along with the rest of those who’s companies ended up in the scrap heap of the Disrupted, made a bad choice when faced with the first credible signs of pain.  They rejected the innovation, labeling it as a passing fad that would fade soon enough. As time went by, and the bleeding continued, they entered the resistance phase, where they stockpiled negative emotions towards the disruptors, their customers and in some cases the government for standing by and not rushing in to protect them.  Take the current case of Uber.  Taxi cab companies are clearly stuck in the rut of resistance right now, tick-tock-tick-tock. Sure, it’s a roller coaster ride…but that’s the nature of being in any industry where Moore’s Law continues to hold true.  Things will change quickly.  But some companies have figured out how to make the leap from being disrupted to becoming adaptive.  Walmart (responding to eCommerce), Gillette (responding to disposable razors) and CareerBuilder (responding to social hiring by adding SaaS services) are three examples of leadership success in psychology.

In each case there was a fundamental decision by senior leadership that made the organization respond with agility:  They replaced fear with curiosity.  It’s a decision, really.  As Norman Vincent Peale once wrote, “If you can worry, you can dream!”  His point is that our mental models can either lead us OR we can lead them.  When you face hard data suggesting that your customers are responding to a new offer in the market, you either choose to reject-then-resist it to defend the Status Quo OR you double check the data, then move across the dip into the exploration phase.  You do research that helps you understand, “What if we tried…”  Like Proctor & Gamble, you stage hackathons, empowering your youngest talent to try way-outside-the-box ideas and then test them for scalability.

This is your challenge if you are facing disruption.  So far, I’ve focused on technology as the change-maker, but in industries such as insurance or telco, it’s generational shift that brings the pain.  In health care or financial services, it’s regulatory developments.  Whatever.  It’s all the same in that you as a leader must make the decision to leap from shock to exploration faster than your competitors and certainly fast enough to retain your core customer base.  The article Surviving Disruption in Harvard Business Review puts a process around the exploration and response phase.

Recently, I subscribed to Adobe’s Creative Cloud services. I pay a monthly fee to have a suite of creative tools available to me, constantly updated to keep up with the pace of change.  I never thought I’d subscribe to software, but in fact, it’s the new way of harnessing technology innovations without getting caught in legacy-land.  Many people wrote Adobe off for dead when Steve Jobs famously banished Flash to the software scrap heap.  But Adobe’s leadership responded by exploring how their best customers (creatives) would use their tools in the future … and they made the leap.  And now I’ll spend $500.00 a year with them instead of using their technology for free.

(The above image was created by Coverdale, an organization founded by agility-leadership expert Ralph Coverdale.)