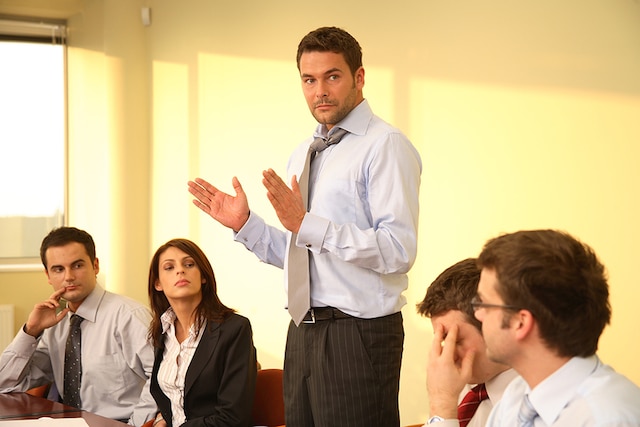 Great Leaders Can Change the Subject

Your work culture is a conversation, led by leaders or troublemakers, about how things are done around here.  If the leader isn’t driving the conversation forward, troublemakers can move it sideways or backwards.  Troublemakers include the naysayers, doomsdayers and taker-types.

“Conversation is a game of circles,” wrote Ralph  Waldo Emerson. In other words, a conversation is useful but often is complicated by each player’s agenda. And yet, through this highly interactive process, we shape our attitudes and beliefs.  That’s why it’s important for leaders to take charge of the conversation.

Too many conversations at work are moving everyone in the wrong direction. They can be historical, bringing up old-and-outdated subjects.  This leads to a collective hangover, where we can’t shake off the weight of our past failures or the phantom menace of a long faded competitor.  There are conversations which exchange gossip information, usually about people.  Gossip is the fast-food of workplace conversation and often reduces its participants to base level thinking.

The most paralyzing conversations are led by the Chicken Littles, who drum up fear through declarations that “the sky is falling.”  They have the blogosphere and big media as their stronghold, and often punch much bigger than their weight.  All of these conversations must be led by leaders to a better place.

One way that leaders can change the conversation is to directly challenge the historian, gossip or Chicken Little.  One manager who attended one of my talks took this to heart.  “When I spot a Chicken Little spinning up his coworkers unnecessarily, I ask him where he’s coming from: Fear or confidence.  I use the experience to coach him on the difference between constructive information and fear-mongering.”

Ignoring a sideways conversation is not an option.  Like a sore, they fester without your attention and often bubble up as a collective malaise.  Your job is to find the balance between empathy at a personal level and leadership at a conversational level.

This comes from Principle Two from Today We Are Rich: Move the Conversation Forward.