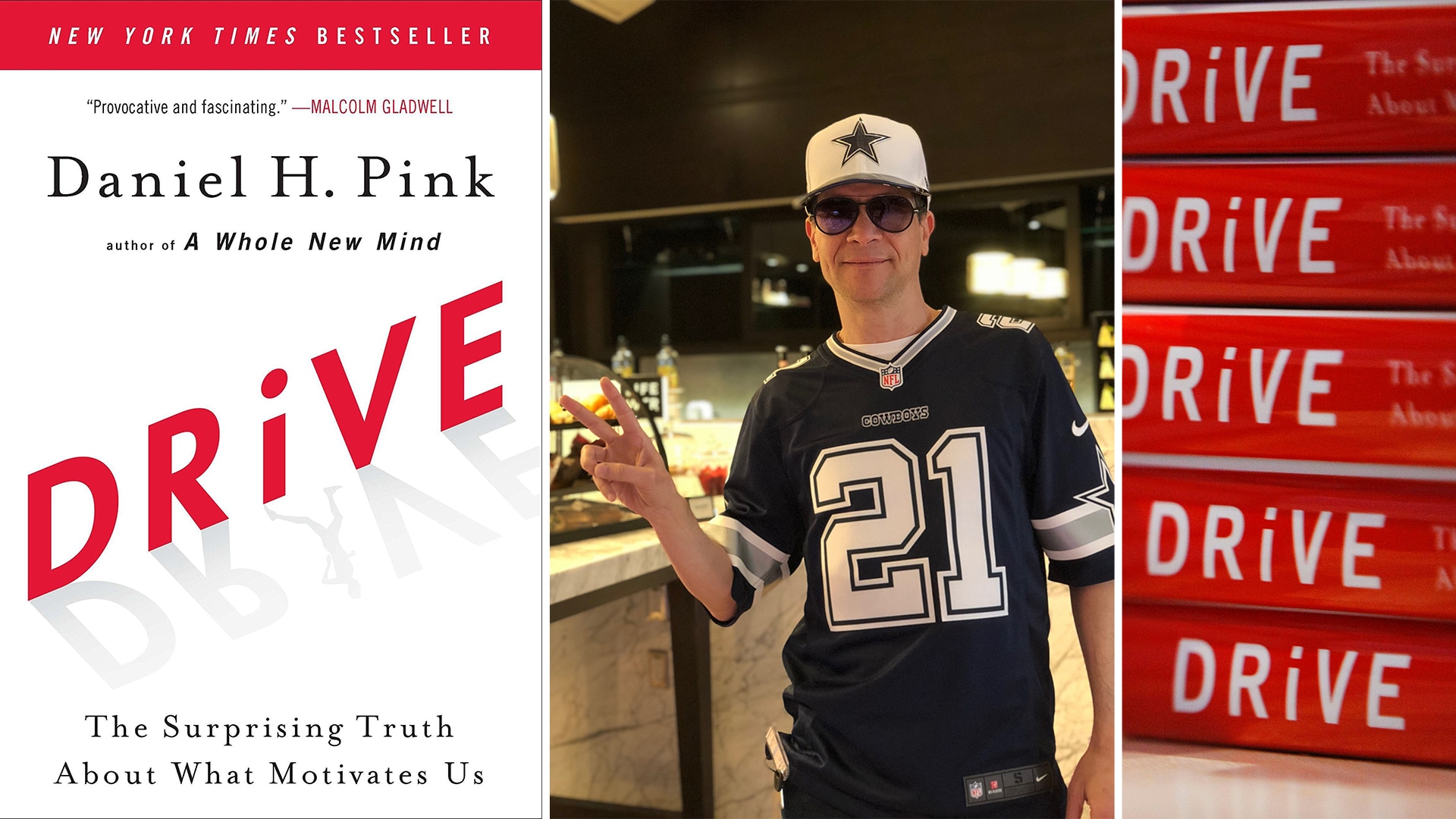 Clearly, they haven’t read Dan Pink’s Drive: The Surprising Truth About What Motivates Us. Thinking that compensation drives performance through motivation is a BIG mistake, especially for business leaders.

“Wait a minute!” you might think. “Isn’t that the point of paying employees top dollar?”

Not according to groundbreaking research revealed in Pink’s book from Edward Deci, Dan Ariely and numerous college researchers. What they all found in controlled studies is that money doesn’t drive the type of behavior we are looking for (long term performance). In their studies, financial incentives drove initial activity, a loss of joy in the task at hand in in some cases – cheating. (Think Wells Fargo or better read, read this HBR article on The Slippery Slope of Sales Incentives.)

While money no doubt provides some motivational push to the receiver to do something, it doesn’t necessarily lead to long term performance value.

Pink astutely points out: “The best use of money as a motivator is to pay people enough to take the issue of money [and fairness] off the table.” BINGO. That’s ultimately why Zeke held out: “Running backs don’t last long and they deserve a fair shake up front.” He felt like he wasn’t being paid enough this year for the contribution he made to the team’s success.

While Zeke feels like he’s being fairly compensated now that he has his new deal, don’t believe that his performance will necessarily reflect it. He could push too hard under the “you’ve been paid, now perform” pressure, leading to poor technique or injury. He could love football a little less now, leading to less commitment to training or rehabbing. He could have an initial spurt of motivation, only to fade a year or two from now when “lesser running backs” are getting bigger deals. Coach Garrett and company need to beware thinking that money changes everything in a good way.

How then do we motivate people to perform at their best over time? In his book, Pink collects three key drivers of intrinsic motivation, comparing it to renewable energy for its sustainability.

Autonomy: When people feel in control of their destiny, they have more internal drive for the job. Managers (coaches) that provide what author Edward Deci describes as “autonomy support” can bring this out of people. In Zeke’s case, avoiding the micro-management that comes from such a leveraged investment would be a good idea.

In your case, collaborating with an employee about how they want to design their job or task fuels autonomy and drive. Giving them stringent rules for their work sucks out their energy.

Meaning: When people feel like their job has a worthy purpose, they can work through suffering and find more energy to excel. In Zeke’s case, helping him realize that his success brings fans joy as well as setting an example for future running to be paid by, his intrinsic motivation will soar.

In your case, helping your people understand the bigger picture in terms of the impact their work contributes to can put a lasting spring in their step.

Mastery: When people feel like they are mastering a difficult task and rising to the challenge, they find infinite energy for the task AND even more joy from the opportunity. This could be the lever for managing Zeke to his greatest season ever. “Put the contract behind you and focus on being even BETTER than Zeke 2018. Study the game to become the greatest RB of all time, not just a rushing leader for a few years,” would be great coaching right about now.

In your case, you can up the challenges for your people, keeping them within limits. You can help them commit to compete against themselves against each other, by coaching them to focus on mastering their job through daily innovations.

While I’ve used Zeke as an example, the takeaways for you are clear:

– Don’t use money as the prime motivator. Sure, you need to pay or bonus enough to make it a non-issue per se, but don’t rely on it and NEVER bring it up as a way to get more out of your people.

– Find out which lever (Autonomy, Meaning, Mastery) resonates the most with your team member and focus your efforts on feeding that.

For more, watch this amazing animated explanation of the concept by Dan Pink and RSA Animate.