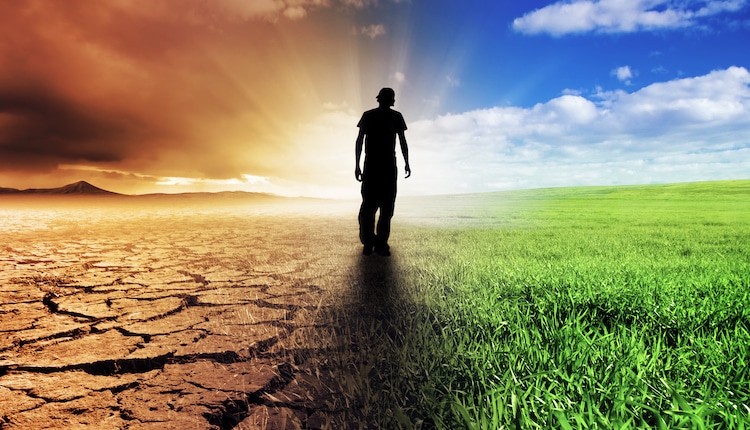 This Decision Made All the Difference To My Career

At the turn of the century, while reading a book in bed, I made a decision that changed my life. My wife Jacqueline recommended that I peruse Stephen Covey’s 7 Habits of Highly Effective People. She got a lot out of it, and thought I would too. About a week into my reading experience, I came to this passage: “The Scarcity Mentality is the zero-sum paradigm of life. People with the Scarcity Mentality have a very difficult time sharing recognition and credit, power or profit – even with those who help in the production. They also have a hard time being genuinely happy for the success of other people.”

I nodded vigorously as I read that passage, because I had personally seen this behavior in bad managers and ineffective business owners I’d worked for. They were little pie thinkers who squashed dreams and hoarded their way to failure. I also realized that in many situations, I too took this paradigm, especially when facing adversity or change at work. For so many people, scarcity-think is the great equalizer that can erase a lot of goodwill and good work. Then the whole concept clicked with me when I continued reading 7 Habits and came upon this passage: “The abundance mentality, on the other hand, flows out of a deep inner sense of personal worth and security. It is the paradigm that there is plenty out there and enough to spare for everybody. It opens possibilities, options, alternatives and creativity”

I made a mental connection between Covey’s thinking and Abraham Maslow’s Hierarchy of Needs theory. Maslow suggested that we do not actualize as humans if we have unmet needs such as safety or belonging. In other words, scarcity thinking is induced by one’s perception that one of his or her basic needs wasn’t going to be met. Likely, this primal thinking was triggered by an event, be it bad news or new competition. Maslow’s theory suggested that we actualization is only possible once we believe our basic needs can be met. It was in that moment of aha that I made the decision to adopt Abundance as a way of thinking, a way of reacting to situations and most of all; a way of becoming the person I was meant to be. To paraphrase Covey, I put on a new paradigm, which like a new pair of glasses, gave me a sharper view of my world.

Immediately, I saw results. My abundance led to sharing everything I knew with my sales colleagues, which created new opportunities as they brought me into challenging accounts. When I applied abundance thinking in the field with prospects, I stopped thinking about their budgets or my quota, and focused on delivering them value and insights. It led to even more opportunities as they brought me into their most challenging business problems.

Because I was acting intentionally, I was able to correlate this decision and real-life results. So I kept thinking this way and soon, I had a plan for success: Share with others to promote their success. It opened doors, especially after the dotcom crash when so many came down with scarcity while others were searching for answers. Since then, this decision continues to guide daily decisions and most importantly, how I react to change and adversity.

My story is your story as well. We all have scarcity thinking as a default view of the world, and in many cases, it’s an emotional liability. But just like I did, you can make the choice that there’s enough to go around and put it to use today … finding collaboration opportunities where others compete … taking joy in someone else’s success, regardless of how it stacks up with ours.

Here’s one way to put your new perspective into practice: Give what seems scarce.

I picked this up from my interactions with Stanley Marcus Jr., who gave me some great advice when I was living in Dallas. He was telling me about his mentorship habit, where he would invest about four hours a week mentoring Neiman Marcus associates and random community members (like me). I asked him, “How do you keep this up, especially when you face business challenges that demand your total focus?”

His reply surprised me. “When situations beg for 100% of my attention, causing me to feel like I don’t have enough time to share, I give more time to help others.” He went on to quote the French philosopher Gide, “That which you cannot release, possesses you.” He explained that during recessions (he’d seen a few in his six decade career) he would double his mentorship commitment. Not only would he still find the time for work issues, the practice taught him that not-enough-time-to-go-around is an illusion.

Later, when business conditions improved, he’d look back on his performance and realize that he actually accomplished more during the times he was most generous. Why? Because he was actualizing as a human, which led to thinking at a higher level and being more creative. That’s the output of having the right frame on life.Put this to use in your life, starting today. Realize that any type of change can induce the scarcity mindset. It’s a natural response that’s similar to any other living creature. Be very conscious of your mental operating system, asking yourself, “Where am I coming from: Abundance or Scarcity?” And most of all, give. Give the things you think you lack. Find others with greater unmet needs than you, and help them move to actualization. Nothing will reinforce your decision more than this.

I expanded on the value of big pie thinking, giving and sharing in my fourth book Today We Are Rich: Harnessing the Power of Total Confidence. Amazon has put the paperback edition on sale for a limited time only: $2.27. That’s 85% off! Read it and grow richer through the story of Billye King and her advice on moving forward.